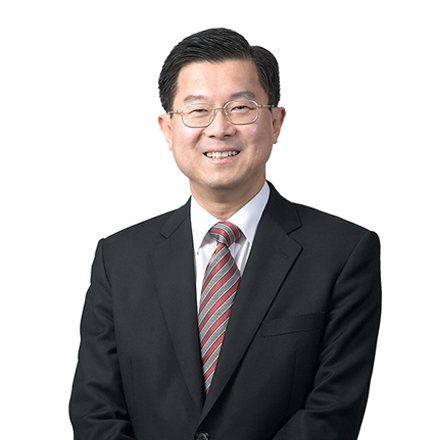 Dr Stephen Riady is the executive chairman of OUE Limited, a public listed company on the Singapore mainboard. He is also an executive director of Lippo Limited and has been its chairman since 1991. Dr Riady is also chairman of Lippo China Resources Limited and Hongkong Chinese Limited.

Dr Riady is also a member of the remuneration committee and nomination committee of the Hong Kong-listed Lippo Limited, Lippo China Resources Limited and Hongkong Chinese Limited. He also serves as a non-executive non-independent director of OUE Lippo Healthcare Limited

Dr Riady is an active contributor to the community. He is a founding honorary advisor of the University of Hong Kong Foundation for Education Development and Research. In addition, he is a member of the Boards of Trustees of the Volunteer Service Trust and The Better Hong Kong Foundation, Advisory Council of One Country, Two Systems Research Institute, fellow of the Duke of Edinburgh’s Award World Fellowship, and the Advisory Board of Sloan School of Management of the Massachusetts Institute of Technology. He was previously a member of the Council and the Court of Hong Kong Baptist University.

As a respected member of society, Dr Riady was appointed Hong Kong Affairs Advisor in 1995 for a period of three years by the Hong Kong and Macao Office of the State Council and Xinhua News Agency. He is also a member of the Committee to Promote Economic Co-operation between Fujian and Hong Kong.